A Novel in the Making

Parts of the manuscript are kept secret for now. But I want to share the first chapters and other extracts from the novel along the way. I want to share what inspires me, my challenges, enthusiasm, and whatever happens as we go along.

I love the process of writing, the sparks of ideas, everything being possible. I love the long hard work process of creating a novel. I have used hundreds of hours on the manuscript so far, but I also love the journey of writing a novel: Playing with words, leaving home with sharpened senses to find inspiration. It is so enchanting, the fact that anything can happen until the final sentence.

During the early stages of working with this manuscript, I have discussed it with a select group of skilled and inspiring people. And lately I have turned to the dramaturge, Karen Ravnsted-Larsen, whom I also consulted when working on my fantasy novel, Magda på Dragernes Planet (Magda on the Planet of the Dragons).

The Glass Wall is about finding your way through life. The main character is called Laura, and she is 17.

My dream is The Glass Wall will be published in English.

I hope you will follow its progress on this blog! 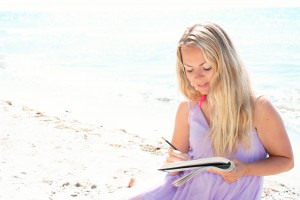 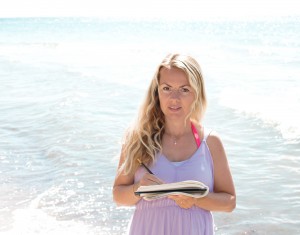 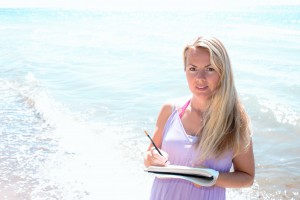 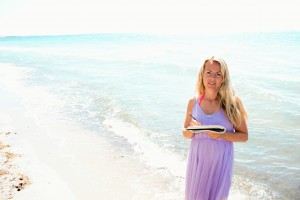 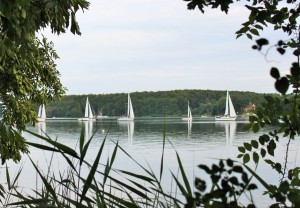 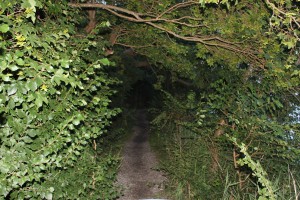 My dream is my novel The Glass Wall will be published in English.

The smell of wild roses and sea water mingled with the beauty of late summer and a touch of melancholia. I walked down the pea gravel paved path. White sails shone bright against the evening blue sea. It was one of those unusually lovely evenings of late August in which you would want to immerse yourself. A dragon fly flew by. It paused for a moment, right in front of my face, and looked at me with big eyes. It occurred to me that the fantastic insect seemed to have an important message to deliver to me. Inadvertently, I thought of Lucy. I felt a pang from missing her, and I could hear her husky voice inside me saying: – It so typical of you, Laura, to see a dragon fly as a sign. I saw her face before me, the straight dark brows, and below them, the almost black eyes; I saw her wry smile, and heard her laughter, all of which had been put to an end by a ghost driver in an instant. The loss of my only intimate friend was weighing me down. I would do anything to get to see Lucy again. The last time I saw her, we had a falling out. – If only we could meet again, and I could apologize, I whispered, but Lucy was over at the other side now, in a different world. My thoughts passed on to other people from my old school. Early in the summer, I had moved from Copenhagen to a small island, together with my parents, my father had gotten a new job. In August, I had started a new school; I found it difficult to adapt to my fellow pupils at this school; there was no one like Lucy. The dragon fly flew on, and I continued in the same direction, following the path along the sea, I reached the tunnel of trees, as I had named it; above my head, the completely intertwined tree tops created a secluded passage, which led me to an old half-timbered house lying desolated next to a small beach, where I stopped. I took off my shoes, and went bare-footed out into the sand, which was still warm. I went right down to the water’s edge, where jellyfish floated around between seaweed. I sat down, and put my hair in a braid. The water was still and clear. Oh, so still. A three masted schooner glided past in the distance. From where I sat, I was able to look across to another small island. On my island there were many houses, but the island I was looking at was only inhabited by birds. The trees on the small island had died because of the large colonies of cormorants that lived there, as lost souls, the dark birds sat in the pale dead trees. Scattered bird cries could be heard from the island. – What a strange island it was, I thought. After a while, I put on my shoes and got up. Night was falling, and I went back in the direction from which I had come. It was markedly darker inside the tunnel of trees than outside. A dark creature came running from the water and crossed the path ahead of me. The animal, or whatever it was, disappeared into a small thicket of wood. It seemed to be considerably larger than a cat, and it did not like a polecat either. Maybe it was because I had been lost in thought, or else the dark creature really did not have the frame of any animal I knew. The creature had run across the path a good distance from me, and it had a long body. The frame of its head was difficult to make out because of the darkness.

I went on through the tunnel of trees. I noticed that I had become a bit tense, and it annoyed me. When I reached the point where the creature had crossed the path, I looked into the woods. There was nothing to be seen except for the inconspicuous fallen branches and leaves, but then I discovered an old gate I had never noticed before. I stopped walking and looked at it. There was a tangle of branches and leaves in front of it. My tenseness disappeared as I approached to examine it. It was an iron gate; three squares over one another, there were flakes of Verdi Gris paint on it. It was difficult to get close to because of the shrubs surrounding it. I fought my way through the shrubs, a branch flicked hard against my cheek, without thinking I put my hand against the cheek, but the pain had disappeared in a second. Now, I was immediately outside the gate, it must have led into an old garden, ages ago; hollyhocks grew in a variety of purple nuances just behind it. A bumble bee was humming. To the left, a tree with red ripe apples towered; I discovered something lying under it. I leaned forward. It was some sort of jewellery, I could see. A necklace. I wanted to know what kind of necklace it was, just lying there in the forest dirt. I could not go round the gate since wild thickets of thorny bushes were growing at both sides of it. I grabbed the gate, it did not budge. I got down on my knees, bent forward and stretched my hand through the squares of the gate, but even though I stretched as much as I possibly could, the necklace was just out of reach. I got up, and brushed off dirt and old leaves clinging to my bare knees. I was intent on getting in through the gate, but decided to go back and check if there was anybody else around first. It would seem too peculiar if someone saw me standing there in the wilderness, trying to get through an old gate. Furthermore, I was not sure whether this was private property. I had returned to the path, and was looking in both directions. There was no one to be seen right now. It was all quiet, only a small black bird sang from the top of a tree. Determined, I returned, and with my shoulder and the side of my body, I pushed through the branches, which again flicked at me and grabbed my hair like animal claws. I wondered what kind of jewellery it was. Again, I stood outside the gate and grabbed it, and it would not budge an inch. A jogger came down the path; I stood completely still. The jogger did not notice me, and once he was gone, I untangled myself from the branches. I did not give in; it was the way I had always been when I was really intent on something. In a last attempt, I put all my weight behind my push. The gate opened, I lost my balance, and stumbled forward, but with a quick motion, I managed to grab hold of the edge of the gate. I was at the other side of it now, just in front of the necklace. I squatted, picked up the necklace and examined it closely. It had a very odd pendant hanging in a really sturdy chain. The pendant was a circle from which three T’s protruded; it was heavy, actually somewhat heavier than I would have thought, it was as if it contained a very heavy burden. The necklace was neither made of silver nor of gold, it looked like copper. The T’s had the typical greenish colour copper gets when it is old and oxidizes. I wondered what the T’s stood for. I got a strange acrid taste in my mouth. I kept on holding the necklace in my hand, while I looked around me. The ground was covered by leaves and ivy. I shifted about a bit, a branch cracked with a dry sound beneath one of my feet. Just then, I discovered a spiny lump, a small hedgehog, which paused for a moment and looked up at me with a strange pair of eyes, then it darted away, right past my foot where the branch had just cracked. It continued into a tangle of shrubs behind a stem of a tree lying next to an apple tree. The acrid taste lingered on. I felt dizzied by the many events of the evening that I had been subjected to. At this moment, the necklace in my hand started to burn, it was glowing hot, and without even thinking, I wanted to get rid of it; in my eagerness to let go of it, I happened to fling it away, making it disappear in the tangle of shrubs where the hedgehog had darted off to earlier. It was impossible to see where it had landed, and now I did not feel safe here anymore. I did not want to stay in the woods any moment longer. My heart pounded uncontrollably. Quickly, I pushed my way through more branches, and ended up in an open area from where I was able to see the path. – Is the necklace cursed? Was all I could think while I paved my way right out to the path. I started to run towards my home…